I just got this Nerf recently with the help of my friend. Thanks bro :D
Just like my other review I start with the box. Why? Because of the first impression it gives ^^
Just by looking at the box you can tell that this is one awesome Nerf.

The design is more like the double barrel shotgun with an ammo rail. 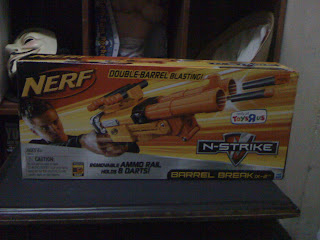 The first of its kind to be a double barrel blaster.

No wonder its called Barrel Break, you need, not literally, break open the barrel to reload ^^ 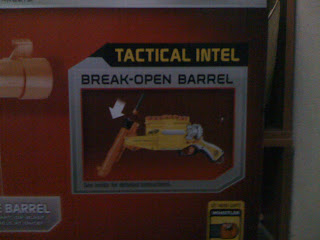 Now to unveil the barrel break. 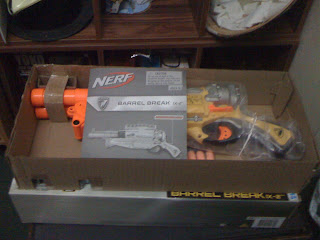 As we can see, there's the barrel break, darts and manual provided.

Lets have a bird's eye view on the package. 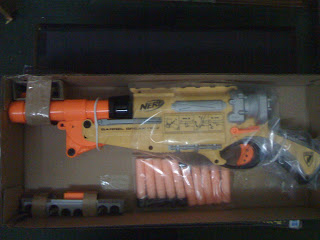 Look, the ammo rail is hidden from sight in the previous picture.

Now to take out the blaster. 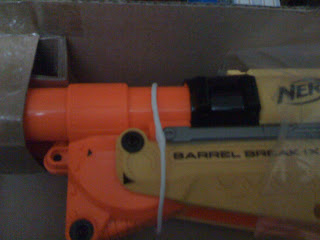 The barrel break is held in inside the box by a nylon string. 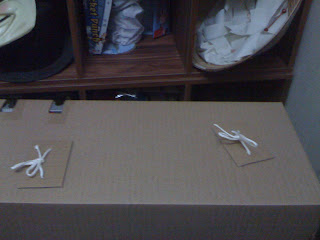 A simple knot holding the blaster to the box. 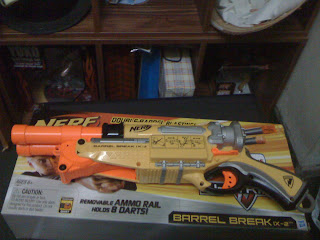 The barrel break length is as wide as the box. 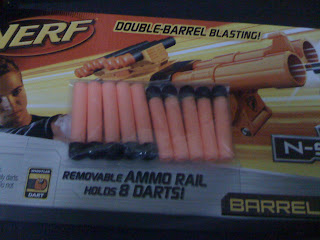 Before we proceed with the blaster review, lets check out the manual. 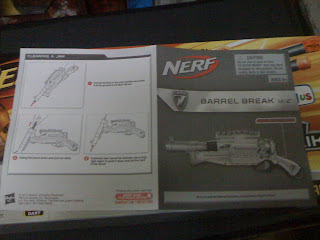 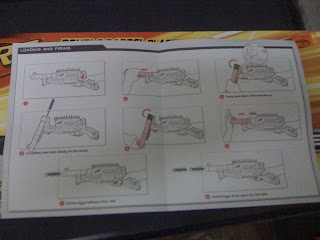 A very detail instructions are given on how to operate the blaster.

Next, lets check out the ammo rail. 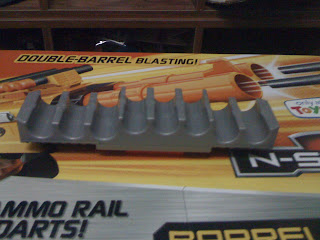 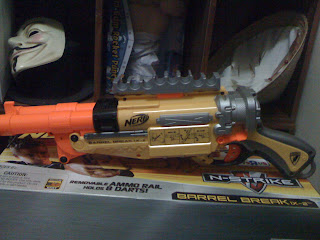 The ammo rail is fitted on top of the blaster. 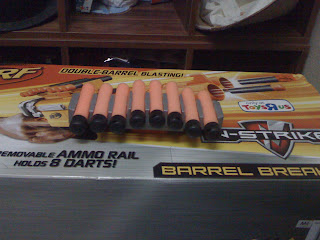 The rail can hold up to 8 darts. 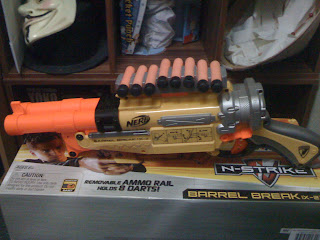 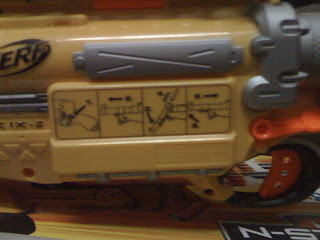 A simple and quick manual is provided at the left side of the blaster in case of no manual to be found. 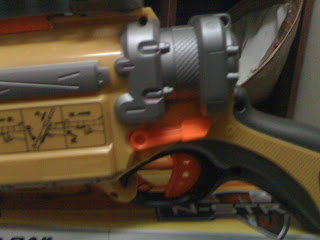 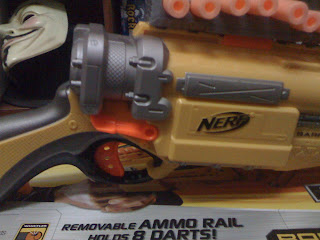 And on the right side. 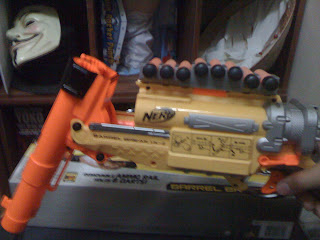 By releasing the lock it allows the barrel to be removed from the body. 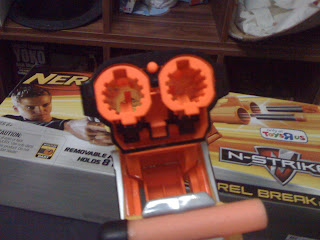 Inside the barrel. This is where the darts go in. 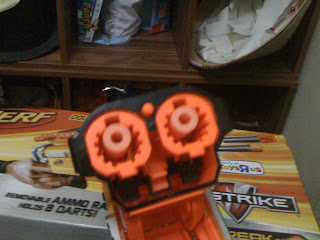 The darts are now in the barrel and ready to be lock and loaded. 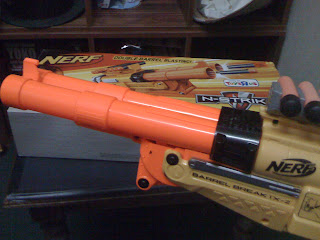 Now the blaster is locked and loaded. 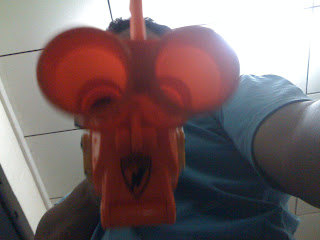 So do you feel lucky punk? or should I say "Hasta la vista, baby!" 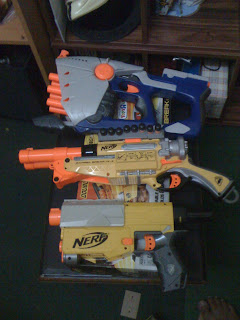 From the pictures the Barrel Break blaster is no bigger than the Recon or Hornet.
Which makes it easier to be handel by any Nerfers.

The Barrel Break can fire single shot or fires both darts simultaneously. Depends on how you pull the trigger.

Surprisingly the Barrel Break has a good accuracy.

I have to say that this blaster is a must have and it makes a great secondary weapon at the same, especially if you use akimbo Barrel Break.

Thats all for today. And sorry for now video on the firing capability of the Barrel Break

Want to win freebies? Then join B-MAGE. They are giving away freebies.

Thank You For Visiting